Thailand vs. Australia — Road to Brazil 2014

Last week on Tuesday we went to one of Thailand’s World Cup qualifying matches. Some friends of our’s had posted that they had tickets and we thought it would be fun to go as well.

Mel and I picked up our tickets a the week before, but the section that our friends were in had already been sold out so we had to buy the 300 baht version instead of 200. Still a pretty good price. Our friend Diane also wanted to go, so we picked up a ticket for her as well.

Tuesday rolled around and we headed down to the National Stadium BTS  which was closest to the fields. I was instantly reminded of going to baseball games with my Dad where there are just tons of people all walking the same direction to the field. Vendors everywhere blocking the sidewalks selling shirts, silk scarves, flags, food, drinks,… Good feeling.

We finally found the entrance and Diane and then headed to our section in the stadium. Apparently they had to move the game here because of the flooding in Thailand and this stadium only held about 35,000. By half way through the first half it was full.

Thailand didn’t end up winning as the game ended 1-0, but there were some really exciting plays and I thought that they fought very well against a good opponent. They had plenty of scoring chances that they really should have capitalized on, but instead they missed high or wide.

Here are the pictures: 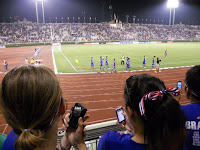 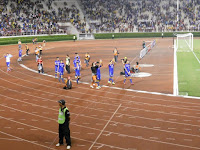 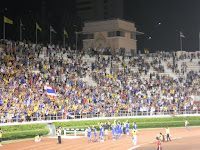 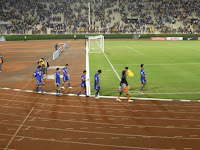 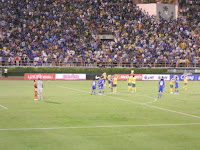 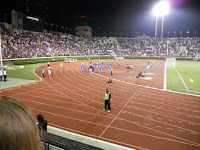 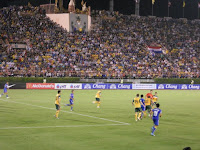 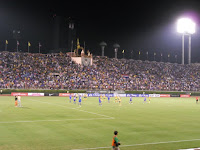 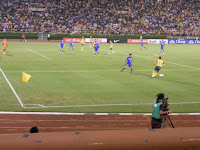 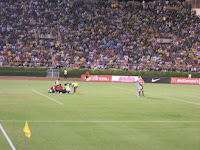 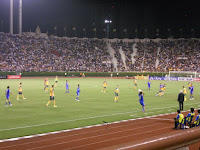 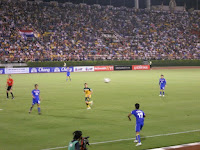 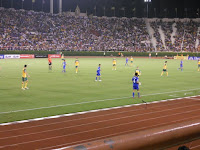 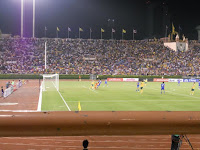 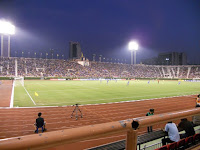 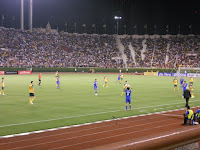 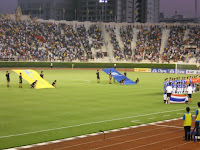 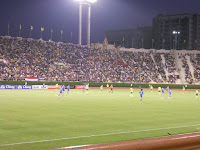 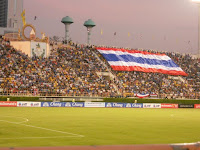 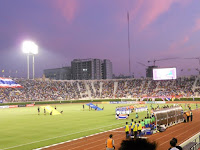 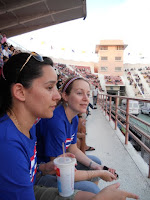 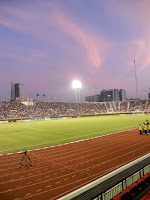 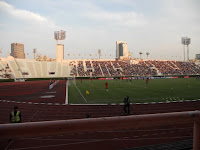 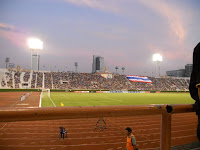 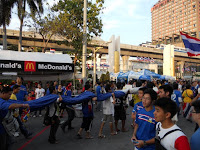 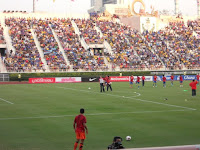 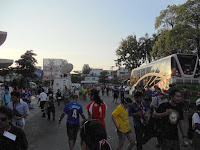 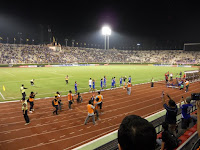 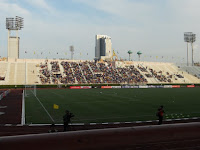