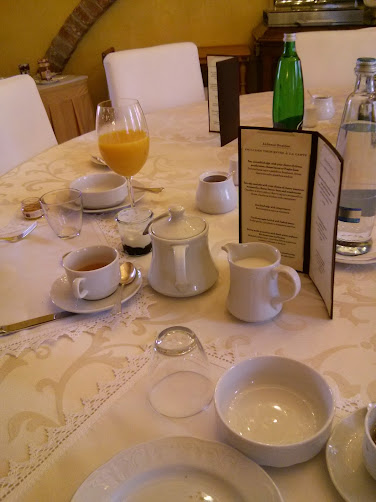 Our day starts out with breakfast in the common room area. Pretty awesome as there is fresh fruit, coffee, cheeses and they will make you anything off of the menu as well. For free. Well, part of the room price I guess.

After breakfast we head to the lobby to meet our tour guide for the morning. I’m really good with remembering names so let’s call her Sue.

Sue takes us the longer way around the back of the castle to start. It is cold out. I have quite a few pictures on my camera that I will post in the later Mega-Post-of-All-Pictures-Taken, but I’ll just give a quick rundown of the highlights from what I remember.

Painted walls. Large ceilings. Some more walls. History of some dead people. Losing feeling in toes and fingers. Some little houses where people lived once. King Charles the IV. Some really awesome armor. Things to hit people with that are in armor. Really cold everything. Some people that got thrown out of windows. A war that was 30 years long. Cannon balls in the walls. Really really really cold. Just cut those toes off we don’t need them anymore. Wine was sweet this year because lots of sun. Run back to the motel and submerge in warm water.

After thawing out a bit, we plan some activities of what we want to do in the upcoming week and the rest of the day. Mel and I want to visit the Moser Glass factory that is in Karlov Vary. Turns out that this town has lots of hot springs and such as well. Might end up staying the night there too. Sounds fun. Today though, we head up to the Strahov Brewery.

The tram is really close by to our hotel so we hop on the 22 and it takes us up to very near where we want to go. We get off and walk up the street and into the smoke filled brewery. Everything here is smoky…go go stuffed sinuses. 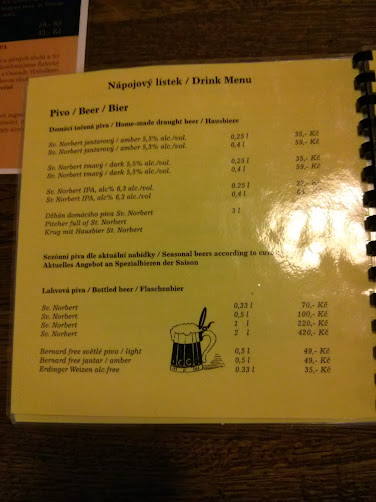 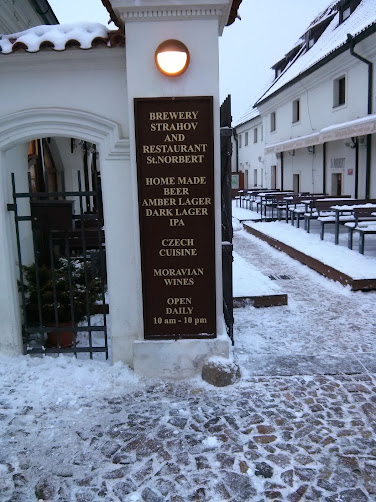 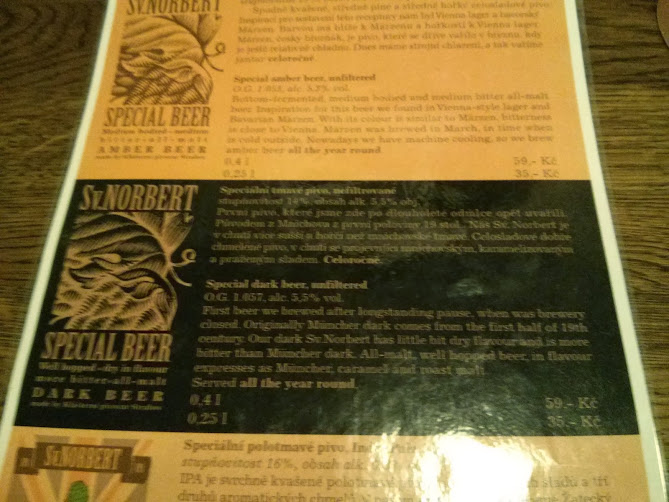 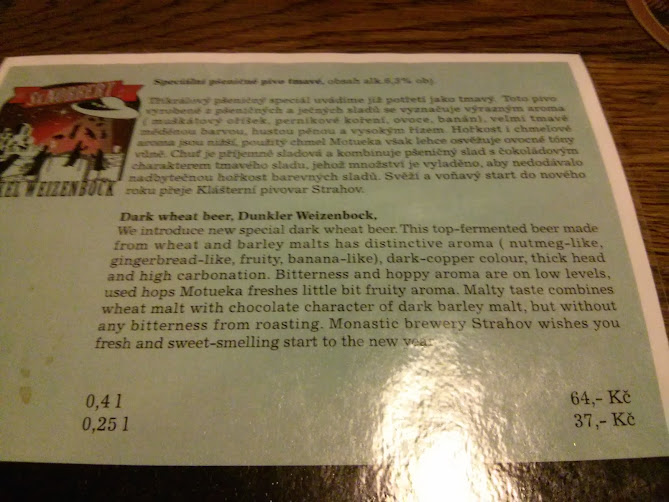 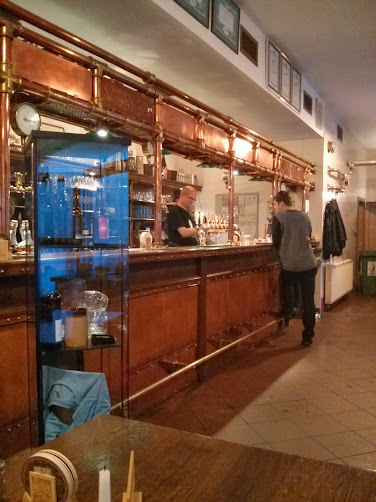 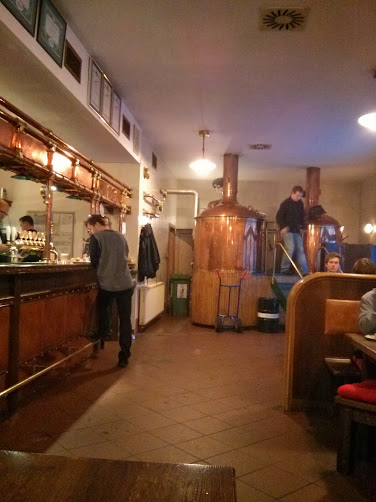 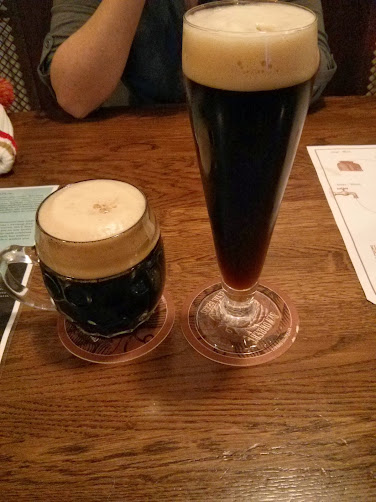 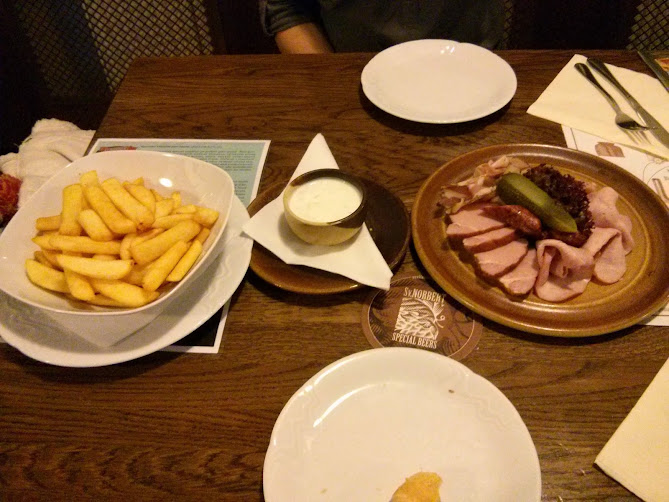 Some noms. Potatoes and Meat 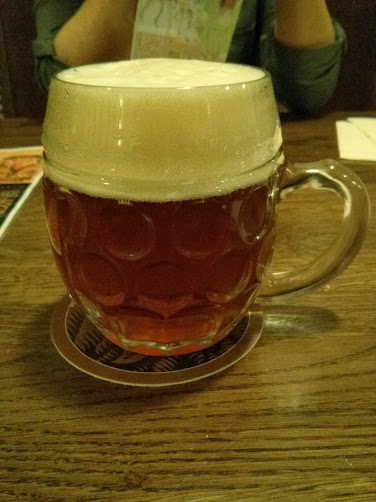 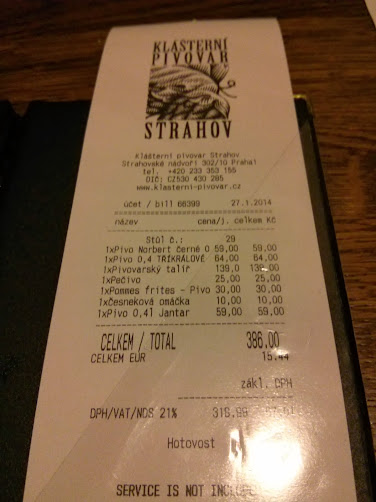 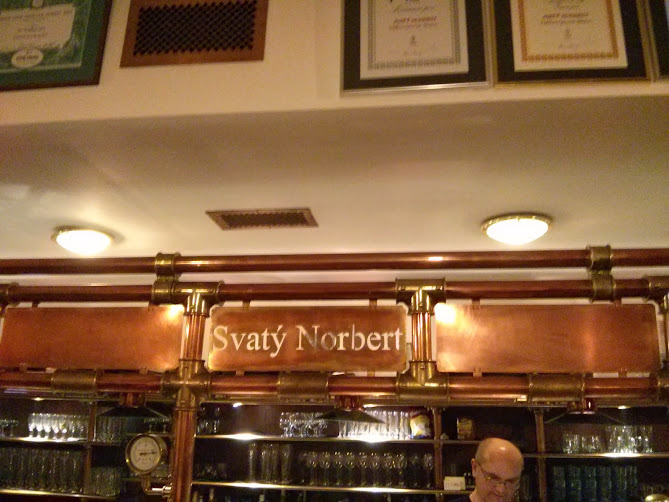 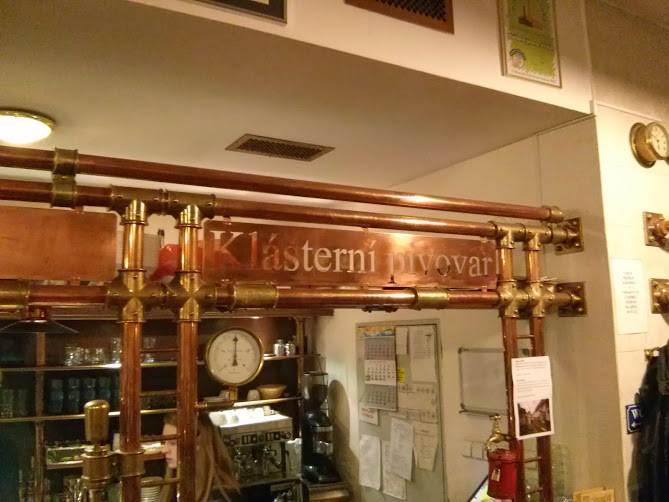 No idea what this says

After the brewery we head back to the hotel with a slight detour to try and find a local place to hang out at for a bit. Turns out the place is very smoky and full so we decide to just head back. Along the way we found a very goofy toy store. The guy working there was interesting…

Right near our hotel was a very small hole in the wall wine place so we stop in. Enough space for about 10 people. There are 2-3 local guys in there talking with the bartender.

Google photosphere of the place. Click on the picture to load it so you can scroll around and such.

It was not intentional to blur out Mel’s head in the picture, haha. I had intended for her to not be in the picture at all, but this happened instead. The picture is the composition of about 20 pictures or so taken with my phone 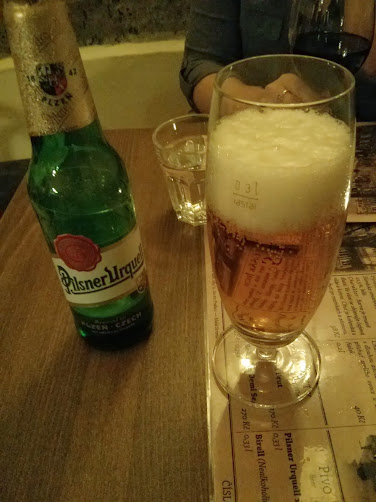 Only beer they had

After this we head back to the hotel for the night. Tomorrow we have really nothing planned other than Mel has a facial massage scheduled in the morning. I will do a small amount of exploring during that time.