After Maui we spent the next week back on Oahu with Mel’s family. Tuesday we took as a bit of a rest day and didn’t really go out and do anything really except we walked down to the theater to go see Avatar. That was a pretty fantastic movie.

Wednesday night Mel and I had planned a dinner cruise. One of Mel’s aunties had a hook up for us so we got a really good deal to go on this cruise. FYI, in Hawaii Auntie is pretty much any women older than you that is in good relations or whatever. We got down to Aloha Towers fairly early so we poked around the shops just to see what was down there and then walked over to our boat. The dinner area was all enclosed on both the bottom and top floor with windows on both sides. You could go outside of the dinner area on either the front or back of the boat which was super nice. They even had a way to the roof of the ship so you could look all around you. Mel and I went up there when nobody else was around which was really nice. While we were up on the top of the boat the humpback whales were out, which was very cool. I managed to barely see one jump out of the water. Mel missed it, which is sad because she has never seen that. I didn’t bring my camera this night so I only have pictures from my blackberry that didn’t turn out at all. I guess I’ll keep those images in my head :). The views were pretty stunning after dark with Honolulu in the background. Honolulu is a very pretty city at night as it is right on the beach with lots of lights.

Thursday we rented a car and Mel’s mom drove Mel, Julia and I up to the North shore near sunset beach. This was an awesome day. It turned out to be really nice and sunny and I took a ton of pictures of different things, especially when we got to sunset beach. The waves were just huge and loud.

Here is a short video of the waves

This was at one of the shops along the way 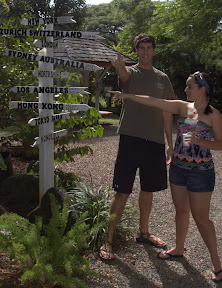 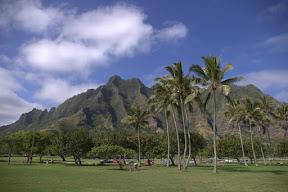 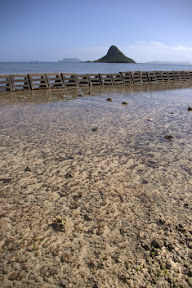 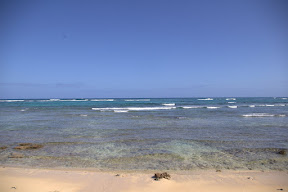 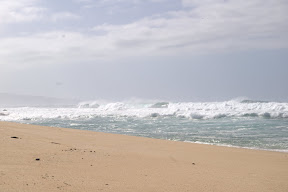 Attempt at being artistic 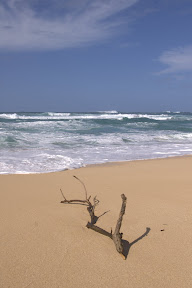 Another place on the North shore 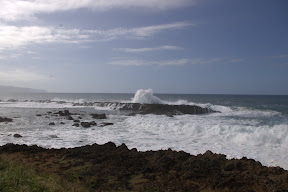 Sunset behind the mountains. I took it right after we fixed our flat tire so its a bit blurry

Here is the link to the entire Hawaii pictures album. There are some pictures in there that I have not put into any of the posts so make sure to check that out.

So that is pretty much it. Between these three posts you now know what we did in Hawaii for the most part. Hawaii is pretty much the place that is always nice all the time. If it is raining, it is warm rain. If it is cloudy, it is still warm and nice. The only problem is there are lots of bugs. Ants, Centipedes, wicked spiders, all sorts of stuff, so if you are afraid of bugs, be warned.